Just a quick review today, and a bit stifled one since I don't even have a box to review, but today we're checking out the Wonka classic Runts. 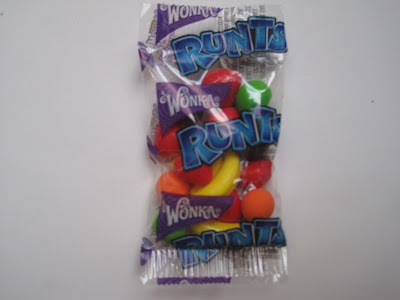 At least I think these are a classic... I don't know that I've ever bought them before. Sure I've gotten them in the bottom of my Halloween bag and eaten them, but I don't think I've ever been really jonsing for a Runt.  Since I don't have the actual packaging today, only this little fun sized bag, I'll move quickly onto the candy. First I just want to say that these are normally sold in big theater style candy boxes. I guess they expect people to eat them in bulk. 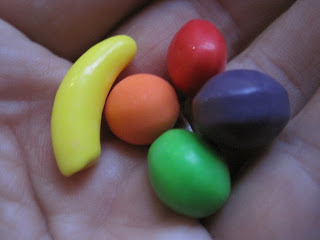 The candy currently comes in 5 flavors: Banana, Strawberry, Grape, Green Apple, and Orange. YES if you've watched the video review you will see how I somehow totally forgot about the Orange flavor... Somehow it just escaped me even though it was right in front of my eyes. Sorry.

These are hard shell fruit flavored candies, essentially just compressed sugar. I appreciate that they made a vague attempt at getting these to be the right shapes though. That's a nice touch. 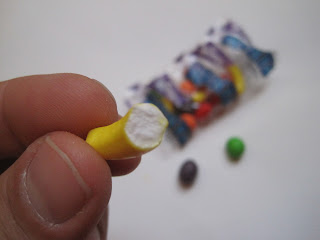 Biting into the candy brings me back. Honestly my first reaction was that the banana tasted like a candy cigarette. Yes a candy cigarette. Maye you're too young or from a country that didn't have these novelty candies, but once upon a time they made candy in the shape of cigarettes.Was there a banana flavored one that I liked best? I don't know, maybe. But this reminds me of that, only not quite as chalky. It's got the same texture though, and the same snapping, crunch to them. 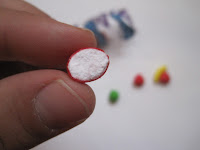 The flavor itself is alright, I'm not going to say its anything super special, but it works for the most part. The strawberry tastes like a strawberry, and so on, but none of them have any kick. There's nothing about this candy that strikes me as anything more than mediocre.

Runts aren't bad but they're not great. If you like hard candy with a snap to it, and fruit flavors that aren't particularly overpowering then this is something you should check out. Everyone else can probably pass on it.

Runts are a Wonka candy, which is of course an imprint of Nestlé. Check out more about them at http://www.wonka.com/
Posted by Geoff at 6:00 AM