Last week I talked about candy disguised as other food, but what about the candy made to look like living creatures? Why are there so many candy animals?! I know I get some serious satisfaction biting the head off a gummi bear but its amazing to see the variety out there. And no, I'm not talking about the real candied animals here... 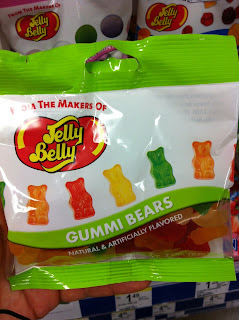 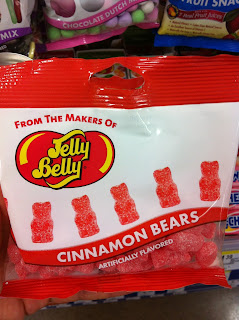 If you go out in the woods today be sure to go in disguise. Jelly Belly makes bears now! 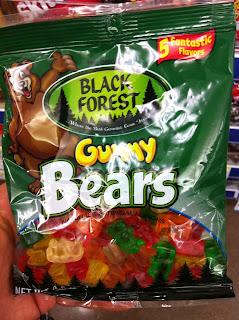 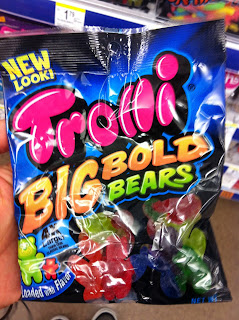 Who would win in a fight? the Bears of the Black Forest, or the Big Bold Bears? My money's on the Trolli bears. They're 4x larger and loaded with flavor! 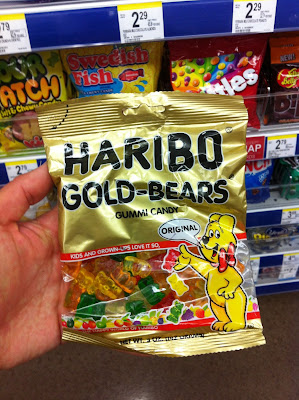 Of course Haribo comes through again with their original Gold-bears. And despite their mascots stupid bow-tie these are gummi bears you can count on. 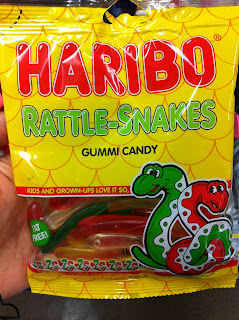 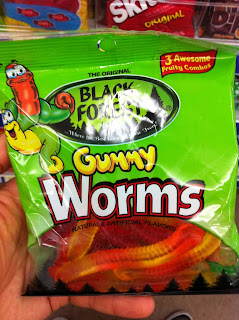 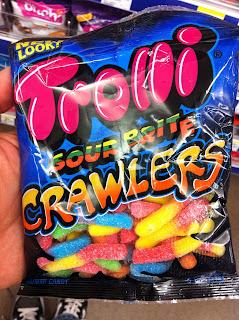 We all know about Gummy worms, but snakes? I like Trolli's play on Nightcrawler with Brite crawler, that clever. I've said it before and I'll say it again, gummy worms are better than gummy bears.

But that's not all, for some reason the less than cute animals make it into candy form a lot. Why don't we see gummy kittens and puppies? I can't say, but here are a few other entries from the animal kingdom... 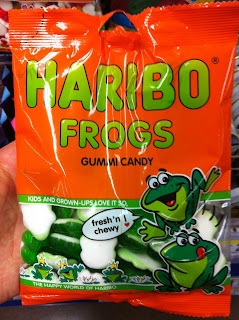 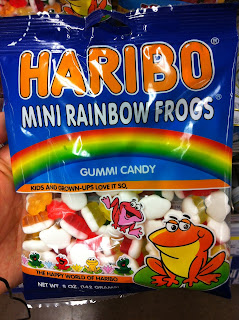 Haribo comes out swinging with both frogs AND mini rainbow frogs. I'm certainly glad to live in "the happy world of Haribo". 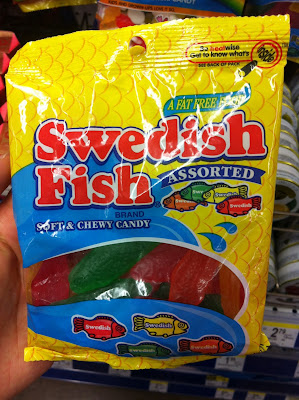 I'm a big fan of Swedish fish. Usually I'll just go for the red ones, but I suppose I can roll with this assorted multi colored pack. Thankfully they're all assured to be Swedish... 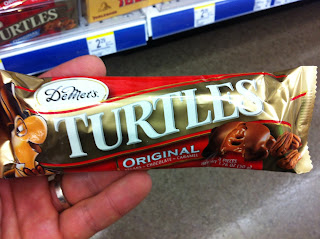 How can you forget about Turtles? the only actual chocolate making it into these incognito posts, Turtles are pretty tasty. But given a choice I'll always reach for a Ferrero Rocher over these. 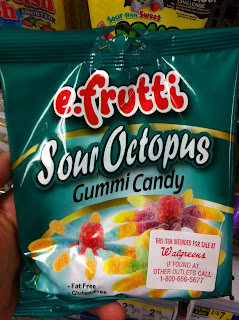 And efrutti again wins the weirdest entry award. Sour Octopus gummi candy. How can you not want to try that!

Now we get to the entries that some might say cross the line.

These Lip Pops are just the examples I could find right now in my candy aisle. I think we're all also familiar with the ... what are they called... Hot Lips, Cinnamon Lips... you know the ones you get in bulk candy sections. Eating candy human body parts is actually nothing new. I know I saw bags of arms and legs last Halloween in the store. Not to mention the deluge of eyeball chocolates. Does anyone else think this is a bit morbid?

If not that, then how about this? Of course you we're expecting it. Sour Patch Kids! 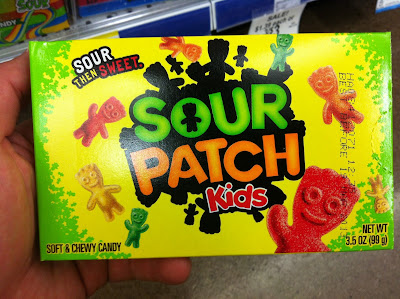 This is a bit odd right. I mean they're made to look like cute little kids. And there is just so much pleasure to be taken in biting them in half... Are we tapping into some perverse cannibalistic desire? Or is this no different than say, eating an M&M or chicken nugget after its been sold to you by the item itself. Somehow this just strikes me as odd. Delicious, but odd.

Ok, that's all for now, but please let me know if you come across any odd candy incognito. You never know what will turn up when you walk down the candy aisle :)
Posted by Geoff at 6:00 AM