A few weeks ago I took a little vacation back up to the Great White North and visited some family. A great time was had by all, but I didn't get away without checking into the local Shoppers Drug Mart and seeing what candy there was to see. Seeing as today is the Victoria Day holiday in Canada I thought now would be a good time to share what I saw.

I've been a Canadian transplant living in the States for about 8 years now and my memory isn't always as reliable as it should be so I was interested to look with a more discerning eye specifically to see what candy and chocolates are to be found walking the Canadian candy aisle. Sure there are a few items that cross over from the States up to Canada but I was surprised to see really how few there were, particularly when a lot of them are from the same companies.

Let's start though by having a look at the big British player in Canada that you don't often find Stateside: Cadbury. 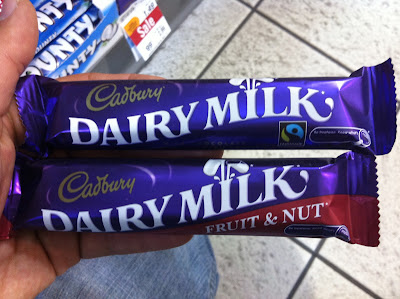 These of course are the standard Cadbury classics, Milk chocolate, and Milk Chocolate with Fruit & Nut. Most Americans will be familiar with these only probably not in this small bar size. 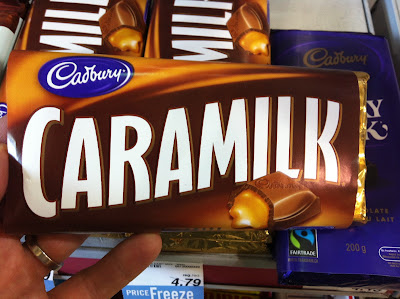 Caramilk has always been a favorite of mine. The name says it all, milk chocolate and caramel. The combination is great, the caramel is really gooey, but the design is smart and lets you eat it in squares and stay clean. As for the Caramilk Secrets and Thick. These are new iterations of the bar to me, and I'd be interested to try them. 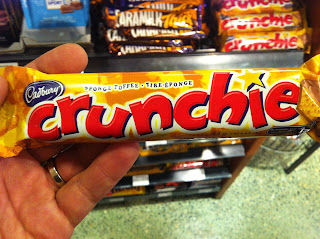 Crunchie is one that a lot of people will have tried. Its such a unique candy bar that its definitely made the rounds. If you're not familiar, its a golden honey flavored sponge toffee covered in milk chocolate. Really one of a kind. 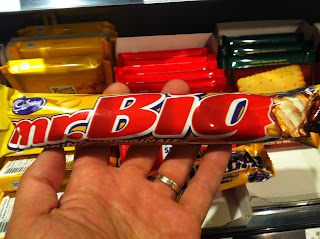 For the life of me I can't remember what a Mr Big actually tastes like, but I know there was a very brief period where I counted it as one of my favorites. I think it's a combination of wafer and peanuts AND rice crispies that makes it original. Its also apparently the biggest candy bar produced by Cadbury. Great bang for the buck. 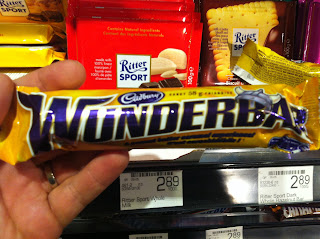 I've already talked about my love for Wunderbar on the blog before. If you have a chance this is definitely not one to miss. 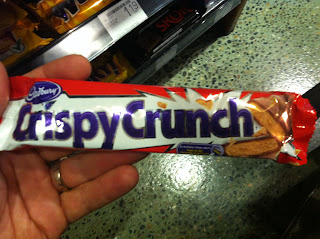 In my mind Crispy Crunch is up there alongside Coffee Crisp and Crunchie as one of the best and most popular Canadian chocolate bars. It's got a snap and flaky-ness similar to Butterfinger, but is more about the textured experience rather than butterfingers melty goo. 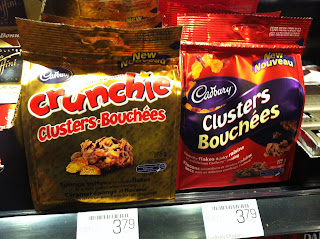 These small sized Clusters are new to me as well, but the entire trend of making bite sized chocolate pieces has only gotten big in the past few years so I suppose my missing out on them isn't too surprising. I'm not exactly sure what the simply titled Clusters is exactly, since as far as I know there isn't a full sized chocolate bar associated with it. I'll have to check it out when I get a chance.

The other big player in the (mass produced) Canadian chocolate market is Nestlé. Oddly though, other than a few crossovers like KitKat and Crunch, they have a wildly different group of products available in Canada than they do in the States. Lets have a look. 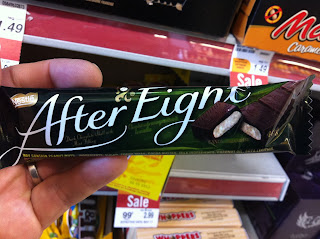 Does this exist in the States??? Looks delicious! 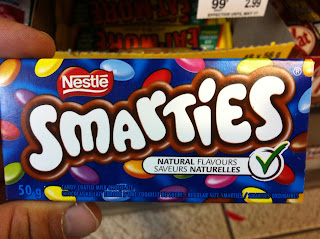 The "real" Smarties Kind of like original M&Ms. Their tag line back in the day was "when you eat your smarties, do you eat the red ones last?" Good stuff :) 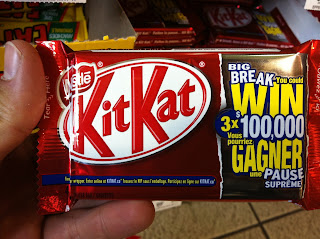 Kit Kat is everywhere. Feel free to check out my review. 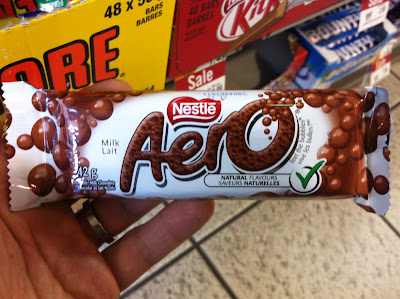 Never one of my favorites I can see why some people like Aero bars. The chocolate is light and its definitely the most airy chocolate bar I've ever had. I've had the original and mint, but never seen the dark chocolate version before. 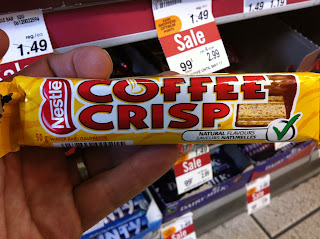 Coffee Crisp is a true classic.If you like coffee and chocolate, you'll love this bar. 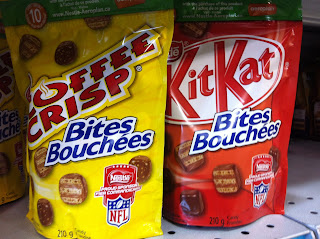 More bites. This time for Coffee Crisp and KitKat, yum! 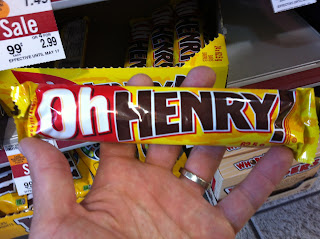 Another nougat, peanut and caramel bar. A commenter recently posted on the WTCA Youtube channel that this bar is akin to Baby Ruth, and I'd kind of agree. Apparently this one is available in limited quantities in the States.

There are of course a few outliers and some that I didn't get to like the ever popular Mars Bar, and for coconut fans Bounty. I've never had a Mars Caramel before... 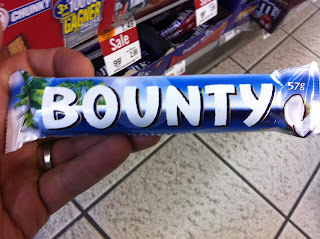 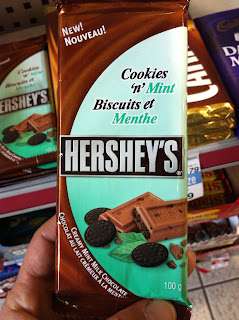 Hershey does have a presence in Canada, its just overshadowed by Cadbury and Nestle. I thought this Cookies 'n' Mint bar sounded good, and I don't believe its anything I've seen here in California. 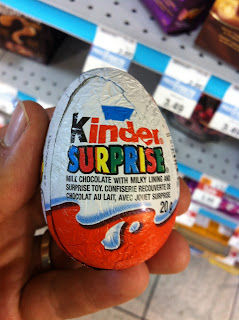 Yes Kinder is big in Canada too. But they're much more prevalent than they seem to be down south. 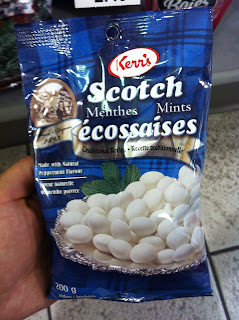 While I'm not particularly familiar with Kerr's. Scoth Mints in general are really popular in Canada. They're kind of the same size and shape as a Mentos, but full on mint, with a bit more of a chalky flavor. They're really good and I'd recommend you try some.

The only other group of candy that I had to mention here is one you'll see not just walking down Canadian candy aisles, but also in movie theaters, and corner stores. Maynards is the brand behind the popular Wine Gums. But they've also got a lot of other 'theater' style candies. 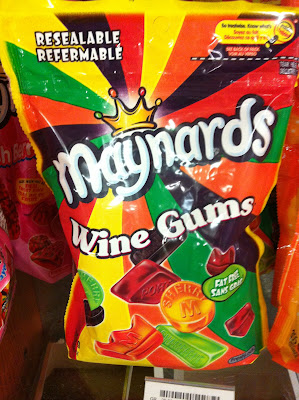 I'm mostly used to getting thee in the rolls instead of this kind of big bag, but even though I've had these a lot of times and always want to like them, I never seem to...

Love the Swedish Berries, the only thing that tops them is Swedish fish ;) I'm not a huge watermelon fan, but these sour ones are very good.

Never had the Cherry Blasters and I don't really intend to. BUT I love Fuzzy Peaches. 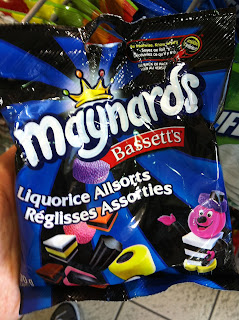 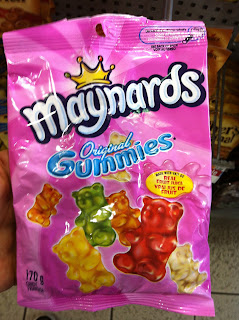 I'm about to say something controversial but I stand by it. Gummy bears are simply not as good as gummy worms.

I'm sure there's more if you look in other stores, but that  was all I saw that stood out while walking the Canadian candy aisle. Let me know what you like in other countries. And I have a feeling we'll be seeing more Canadian candy and chocolates here on WTCA in the coming months.