Have you ever had Corn Pops cereal? Well if you've had it in the States you have been missing out. Corn Pops, is a breakfast cereal made by Kellogs, its corn, its sugar, its really not that good for you. But I just love it. 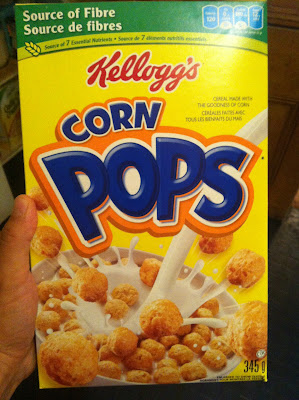 Oddly the cereal has a number of different versions around the globe. The most notable differnce is between the American and Canadian / French versions of the cereal. They're really totally different. If you're Canadian reading this you can think of American Corn Pops as closer to Sugar Crisp / Golden Crisp cereal (only corn not wheat), and if your American reading this, Canadian Corn Pops are much closer to Kix cereal. Pretty weird right?! 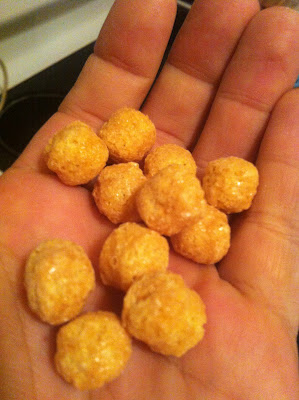 I'm very glad to have these once again in my life :) I'll definitely have to try these new Cinnamon Pops they've just put out. 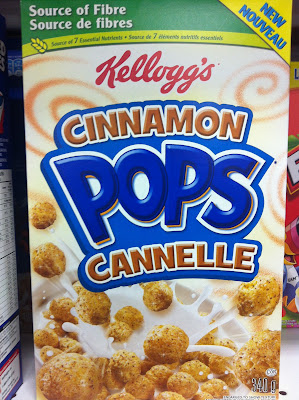 If like me, you really dig cereal you might want to wander over to the WTCA Facebook page for some pics of a few choice cereals. While you're there why not like the Candy Aisle. You'll be happy you did I swear.
Posted by Geoff at 6:00 AM