Well, I know I said that Walking the Candy Aisle wouldn't take itself too seriously, but there is a time and a place for everything and even here there is certainly room for a little gravity when the situation calls for it. Today is Earth Day, and I wanted to take a minute to recommend a documentary I recently watched called Chocolate: The Bitter Truth.

The film was made in 2010 by the BBC under its 'Panorama Investigations' series and has also aired on CBCs Passionate Eye series. The film takes a look at child labor used in cocoa production, specifically in Ghana and Côte d'Ivoire. It's pretty eye opening to see these kids harvesting cocoa, real honest to goodness slaves. And while the film does talk about the well intentioned work of the Fairtrade Foundation, and the International Cocoa Initiative it also specifically went out to put these standards to the test in the fields traveling to cocoa plantations and investigating for themselves. 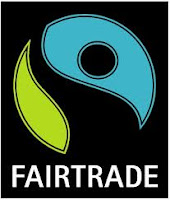 I've spent some time in West Africa and I know how poor it is. I also have seen first hand how messy trying to clean things up can be. Having worked in development, I've seen how foreign NGOs often end up throwing money at problems in ways that just don't work, there's rampant corruption, little to no financial or practical oversight of development projects, and not a lot of follow through. The problems for these countries, some of the poorest in the world, are often systemic, and despite the best efforts and intentions of a lot of good local and foreign people they are not easily solved. I hate that I'm so jaded to these issues, because I do have hope, but problems like child labor are really complex. I think I'll start by trying to  keep an eye out for the Fairtrade logo on my chocolate from here on out. At least it's something to start with.

The documentary is available on YouTube, here is Part 1, followed by links to parts 2 - 5. I'd encourage you to check it out.

Thanks for checking it out, we'll be back to our regularly scheduled blog by the next post, but Id love to hear any comments you may have on this subject...
Posted by Geoff at 8:27 AM