The Decadent chocolate chip cookies are a Canadian institution.They are in a word Amazing. Unfortunately many foodstuffs (especially ones made like this) don't travel as well as you'd think so aside from a few exceptions the brand is only available in Canada. IF you are not from Canada reading this and ever have a chance to check out a President's Choice (PC) brand product The Decadent chocolate chip cookie should be the one. 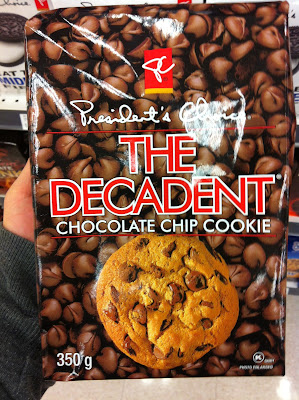 There's a bit of info on this cookie on wikipedia, but here's the basics. The PC brand is owned by Canada's largest national grocery chain Lablows, they own stores (under various names) across Canada, and in the 90s, like many larger grocery chains, they launched their in-house brand called Presidents Choice. The Decadent cookie became the cornerstone of the brand, which billed itself as better, and more natural than the wide commercial competitors. The Decadent chocolate chip cookie is made with real butter, not hydrogenated vegetable oil, and it is made with real chocolate chips. It also boasts more than double the chips than the leading national brand. The cookie tastes homemade, with big creamy chunks of chocolate and a crumble you only wish your homemade cookies could have.

According to wiki, within 3 years of launch they became Canada's best selling cookie despite being in only 20% of Canada's food stores. They are that good. And I'll say I remember when these came out. I was in high school, and the entire PC brand blew up. This was a big deal. Anecdotaly I've heard that they apparently based a lot of their innovative approach to creation and marketing from the awesome California based Trader Joes chain.

In my house growing up, like many Canadian families, we literally just ate it up. PC products we're and are beloved by Canadians, and have expanded beyond any other in-house food brand that I've ever heard of... my wife actually has a PC credit card... like from the PC bank...

Now The Decadent itself has expanded beyond just the original chocolate chip cookies. Check out some of these awesome extensions of the brand. Some of these I've had, and others are new to me. Since I've been living out of the country for 10+ years, getting my hands on this stuff again is pretty exciting. 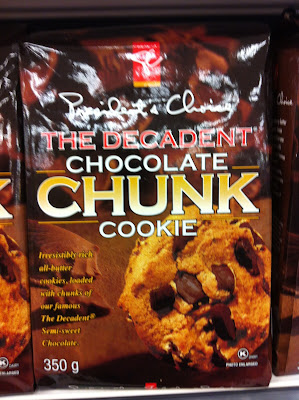 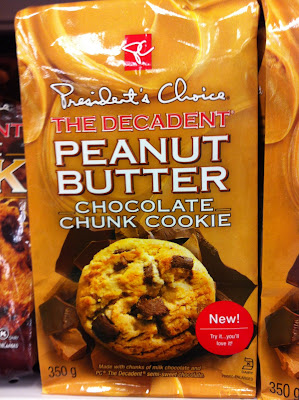 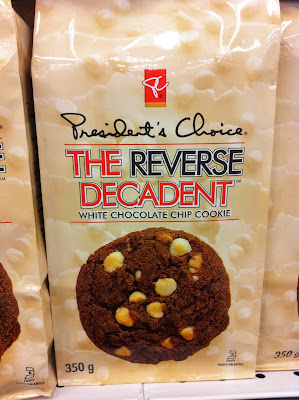 And its not just other variations of cookies. There are also supplies for those more creative chocolate lovers out there. 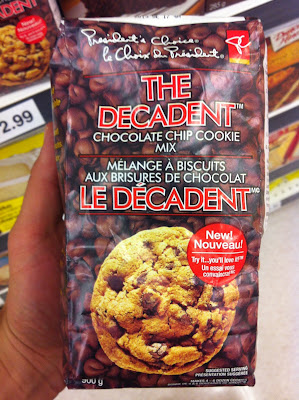 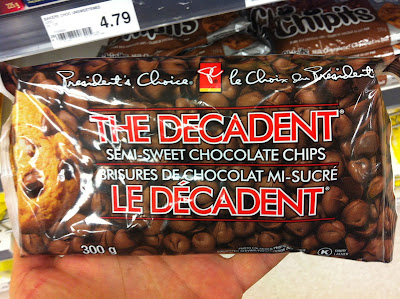 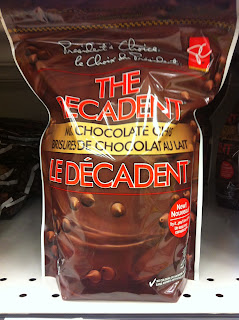 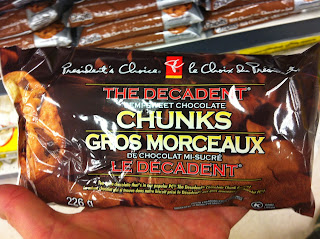 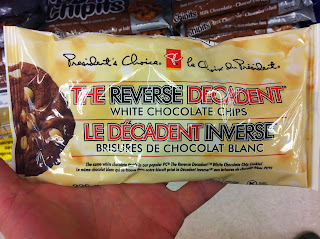 And of course its also found in the ice cream aisle :) 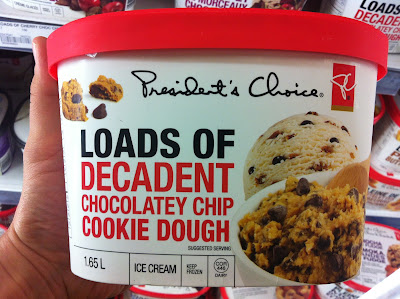 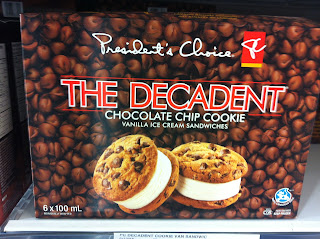 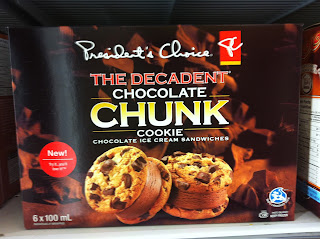 That's pretty serious stuff, and a great product line-up for a cookie. I'm definitely looking forward to trying all of these decadent treats now that I'm back in Canada. Yum!
Posted by Geoff at 6:00 AM